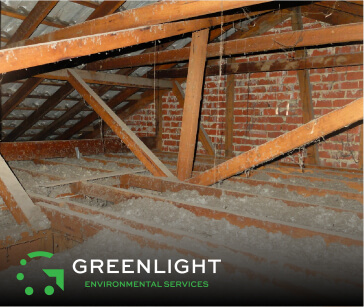 Mr Fluffy – one of the worst asbestos contaminations in history

Dick Jansen was an entrepreneur and builder throughout the 60’s, 70’s and 80’s. He will be forever known as ‘Mr Fluffy’ after the deadly loose fill asbestos insulation he installed in ceiling cavities throughout Canberra, regional NSW and very likely Victoria.

The actual name of the product as spruiked by Mr Jansen and later his son was Asbestosfluf. This was later renamed by his son to Amoswool to distance the product from the then known effects of asbestos.

Promotional materials of the loose fill asbestos claimed that it was ‘completely harmless and tested by the CSIRO’. It is now known that the Asbestosfluf product is among the most dangerous forms asbestos has taken anywhere, being essentially 100% crushed pure amosite asbestos; easily airborne and pervasive in its contamination of a building.

The D Jansen Co supplied this service for about $100 per home.

The government was alerted very early on

Loose fill asbestos was sprayed by Mr Jansen into ceiling cavities from approximately 1968 to 1979. At the very start of this use the government was warned about its potential impacts in a report called “Asbestos Hazard” sent to the Department of the Interior:

“The results of our investigations have disclosed what appears to be a serious exposure to asbestos dust. In view of the harmful nature of this substance, the use of asbestos for the purposes of an insulating product should be discontinued and less harmful substances such as rockwool, insuwool or fibreglass should be substituted (1968)

This report was not acted upon and another 11 years of the use of the product ensued. It is perhaps for this reason that the Federal government has recently agreed to loan the ACT $1 billion dollars on a concessional rate to assist with the demolition of more than 1,000 Mr Fluffy homes.

With Mr Jansen ranging as far up into NSW as he is known to have, the question becomes did he range equally far to the south and into Victoria?

Here’s what we do know:

These areas are just north of the NSW-Victoria border.

And continues in Victoria

Work Safe Victoria’s current position is that the incidence of loose fill asbestos in ceiling cavities in Victoria is rare with the last reported case being in 2006. However there has been no widespread testing in Victoria as there has been in NSW and the ACT so how would we know?

The current position of the Victorian authorities is reminiscent of that held by NSW and the ACT prior to their recent actions on the issue. Both governments had previously maintained that the effects of a loose fill asbestos contaminated ceiling cavity were minimal if the ceiling cavity were kept sealed. This point of view was debunked following investigations of Mr Fluffy homes finding asbestos in wardrobes on personal possessions and generally throughout homes.

In the face of the investigations and actions being taken on our borders will the Victorian authorities soon have a similar change of heart? Free testing of homes at the very least seems to be in order if nothing else.

Do you need a ceiling cavity check?

If you are concerned about loose fill asbestos (Mr Fluffy)  in your ceiling cavity, Greenlight can investigate your home for as little as $400 for a two-sample check with clearance certificate supplied if all negative.

Contact Greenlight and get your ceiling cavity check today.

If cleared you will receive a clearance certificate for your property with respect to loose fill asbestos insulation materials. 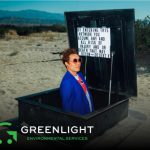 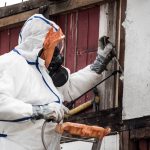